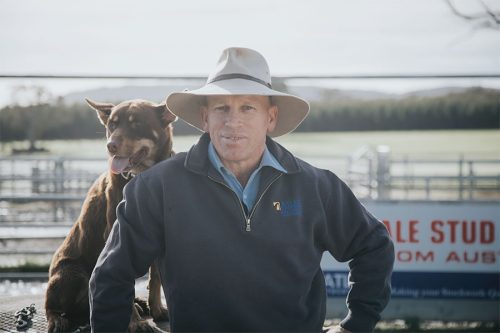 Atlex stockyard designer, Tom Austin explains Ewe management doesn’t have to be ignored, implementing infrastructure that works with you and your livestock can become a tool in making important managerial decisions in dry times.

Through my travels in Victoria I’ve been disheartened to see the state beholden to a horrific drought. A part of my job is designing smarter and more innovative ways for farmers to work with their livestock during tough times.

By preg testing sheep, farmers are able to make profit from dry ewes by selling in the high mutton market. This leaves funds for single and twin bearing ewes.

Any good grazier knows the management of ewes when it comes to preg testing is an important managerial decision.

The article explains that some producers having realised that once they get the pre-joining condition score right, it has a flow on effect through to scanning.

Some have developed a three-phase body condition scoring program.  This involves ewes being condition scored five weeks before joining, at joining and again at scanning.

This allows producers to draft ewes on condition score and feed them tailored rations which will flow onto better scanning results.

For some people the thought of having to bring ewes through the yards three times seems like a daunting process and an arduous task. But with the right yard design it doesn’t have to be.

You can alleviate undue stress on livestock and ultimately make stockwork quicker, easier and more enjoyable.

When I met with Atlex client, John Dundon in Brit Brit, I was delighted to see the success he was having with his new, innovative yards.

Mr Dundon explained he can now scan 500 ewes in an hour in his Atlex sheepyards, with just one man pushing up.

Grant Roesler in Balmoral, another Atlex Client can now draft 2,500 sheep in an hour in his Atlex sheepyards, with just two dogs and two men. Also confirming that he can weigh 600 lambs per hour.  This is twice as fast as his old yards.

Processing ewes through the yards more quickly ensures they are not under any extended periods of stress and are back on feed and water faster.

Ewe management doesn’t have to be ignored, implementing infrastructure that works with you and your livestock can become a tool in making important managerial decisions.