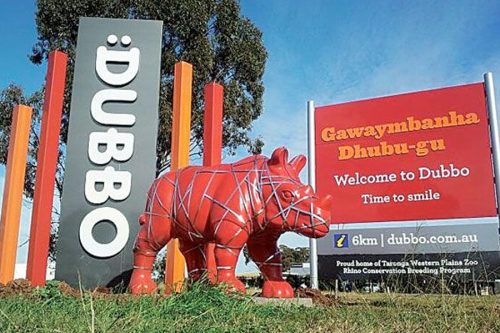 Atlex has been a proud member of the Orana business community since we moved our operations to Dubbo 25 years ago.

Ian and Jeanette Crafter started the company in 1984 at ‘Miandetta’ in Horsham, Victoria.

Prior to Atlex, Ian had a fencing contracting business, Ian Crafter Fencing.  After numerous requests for sheep yards, he launched Atlex Sheepyards in 1984.  Expansion into cattle yards occurred in 1991 which led to rebranding as Atlex Stockyards.

The company relocated to Dubbo in 1994. From a manufacturing perspective, Dubbo is a regional centre with a range of steel and consumable suppliers and easy access to sub-contractors to support production requirements.

The Crafter’s aim was to become a more central location from a distribution perspective and to better serve the company’s client base. Dubbo is now the head office, with other sites in Hamilton, Victoria, and Belmont, Western Australia – helping customers Australia-wide. Situated at the cross-section of the Newell and Mitchell Highway also makes Dubbo a distribution hub for regional Australia.

Stockyards are distributed from the Dubbo workshop by truck or trailer via B-Doubles to Victoria or South Australia, road trains to WA or smaller loads by trailer. Customers also have the option to pick up their order from Dubbo.

Initially focused on the eastern states, the company expanded  into the Western Australian market in 1996.

In terms of product, continuous improvement and innovation are at the heart of the business.  Atlex is proud to be a market leader with unrivalled industry experience and product development, first introducing computer-aided design and ‘on property design’ in the 1980s.

Customised design is at the core of the business and what differentiates Atlex from its competitors.  They travel to each customer’s property to survey the site and understand their requirements. This results in a customised stockyard design with animal psychology, safety and innovation at its core and custom-built yards that actually work (with just one person and a dog!)

The yards are built to last as Atlex uses the best heavy-duty, galvanised steel and materials. There is also stringent quality assurance in place to ensure that each customised stockyard will function as the design intended. (Your grandkids will thank you!) All designs incorporate innovative features such as the adjustable tapered drafting race, safety manway with dog flap or 360-degree hinges for sheep yards or rotary force, walk-through manways or tapered working race for cattle yards. This year, there has also been a focus on further improving both the permanent and mobile heavy duty sheep loading ramps to make loading for both the farmer and the truck driver quicker, easier and safer.

Atlex’s primary customer base is Australian farmers and they love  to make a real difference to personal happiness when there is less stress, frustration and fights in the stockyards.

There is also the benefit to their bottom line through increased efficiency and productivity and reduced labour requirements. Some customers said their new yards even saved their marriage by giving them the ability to work 10,000 sheep with just one person and a dog.

Others have said their new cattle yards allowed them to use two people instead of four,and they can push cattle through five times faster.

They have also completed a number of commercial and government jobs over the years including the design, supply, install and on-going management of Horsham Regional Livestock Exchange for nine years from 1998-2007; commercial feedlots including Mirambee Feedlot in Dubbo, NSE; and research stations including CSIRO sheep yards and cattle yards in Armidale, NSW and at Muresk Institute in WA.

Regional Australia has been at the core of the business for 35 years, making up the customer base along with suppliers and employees.

Atlex Stockyards is wholeheartedly committed to giving back to the community and supporting local businesses and customers. This  includes purchasing steel and other consumer goods along with utilising service providers such as marketing agencies, accountants and lawyers based in regional Australia.  Local communities are what keeps the agricultural community going through good and bad times.

At a regional and national level, many stockyard businesses have been and gone but Atlex is unrivalled in industry experience and product development, setting a new benchmark for stockyards across Australia and developing several innovative features including draft gates and smooth top working race which has been replicated by other companies.

The Atlex team is proudly Australian family-owned and operated with a geographically-dispersed team of 15 across Australia and the UK. Ian and Jeanette Crafter are still deeply entrenched in running  the business, along with their daughter Hannah Gilbert who joined as general manager in 2018 and husband Philippe as operations manager.

There are four dedicated construction teams across the country who make light work of stockyard installation. The three stockyard designers are: Ian Crafter (WA), Tom Austin (VIC and SA) and Peter Desailly (NSW and QLD).  They are supported by two marketing and design support team members, Lucy Shortis and Hamish Crafter. Helen Greenwood is the supply chain manager who joined Atlex as a backpacker 15 years ago and has been based in the UK for the last decade. Di Keen is the friendly receptionist, while the Dubbo-based production team is led by mechanical engineer Deependra Sapkota.

The experienced construction teams can install stockyards or provide customers with step-by-step guidelines.  The 12 month follow up visit and five year product warranty also provides customers with confidence in their future operations.

At a global level, the company draws on global best practice and the knowledge of Temple Grandin (PhD), a world authority on animal psychology, who has informed and peer-reviewed design principles.

This is important because the business is now dealing with the second generation of clients who approach stockwork and broader business operations in a different way. An opportunity lies in the next generation’s appreciation of stockyard investment due to increased labour efficiencies, reduced stress on animals, greater meat quality and integration with stock handling equipment for tighter management and better returns.

Exclusion fencing in QLD has also led many to return to the sheep industry.

Despite the challenges of drought and changeable commodity prices adding pressure for Australian farmers, Atlex’s personalised service, customised design and ability to make  sheepwork and cattlework quicker, easier, safer and more profitable adds to their appeal.

Continuous improvement is at the heart of operations. Incorporation of more stock handling equipment into designs, increasing demand for oval rails and adjusted ramp designs are among the initiatives in line with changes to industry standards and customer feedback. Atlex will continue to look for ways to innovate to meet  customer’s evolving needs, technological advances, research into animal psychology and best practice.